Home » On the farm » Spare Change…

Finally our second pregnant doe Pocket Change aka Pookie kidded around 1:30am Saturday May 21. We suspected that Pookie would kid within 24 hrs as her mucus plug was released earlier that afternoon. We waited in anticipation all day checking in on her almost every hour to see if any progress had been made…

Nothing on Friday but we were still hopeful. We decided to hit the sack around midnight, leaving the backdoor open so we could hear any commotion. About 1:30am Champ (our ol’ beagle/basset mutt) jumped off the bed and began barking at something, it was early and I summoned him back to bed and about 10 mins later he jumped back off the bed and began barking. At that moment the birds roosting in our neighbors ficus tree all took off in a startle and at that moment I wanted to see what all the fuss was about. I grabbed my head lamp and a flashlight and made a pass around the yard…to my surprise there were two little kids on the ground already and momma was doing her due diligence and cleaning them up.

I woke Laura up, grabbed her camera and ran out to hopefully catch any more births (we were guessing she would have between 3-5 kids due to the fact she was packing some heavy freight in her loins) We made it out to the pen just in time to catch the last 2 births. Ms. Pookie was now a proud mama to 3 bucklings and 1 doeling.

A proud sister was very interested in the birthing process she was awake and alert checking out everything! She was climbing on us, climbing on Pookie, sniffing the new kids…all the while her brothers were sleeping in the igloo…I must say Clarice is going to be an awesome addition to the herd and a great future mama.

As all this was happening our other mama (Boomer) wanted to be queen mom she was very “opinionated” during the whole birthing process and we were afraid of waking the neighbors…fortunately it was a Friday night 😉 party in the pen! She was so vocal we decided to deem her “Oprah” I was busy quieting her down and Laura was catching everything on film the best she could in the dark. For about 3 hours Boomer was calling out to Pookie’s babies trying to get them to come to her for feeding, this resulted in moving Boomer and her 3 kids to the chicken side of the run and installing some shade cloth over the fence to prevent her from seeing Pookie’s new kids. Finally we gave up on trying to keep her ‘udderly’ quiet and went to be for we had work and class early in the morning. 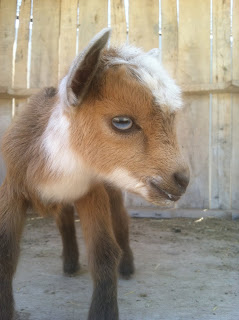 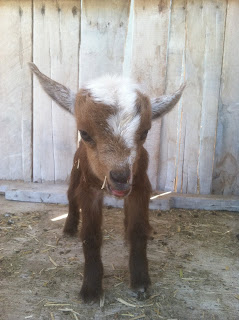 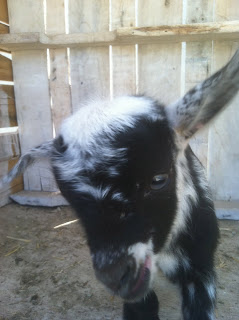 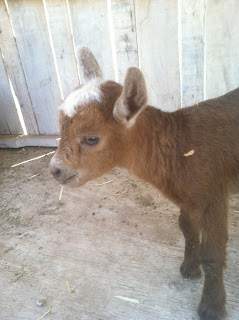